What is Tuberculosis (TB)?
TB is caused by a bacteria known as Mycobacterium tuberculosis that most often affects the lungs. However, TB is preventable and can be cured. TB treatment involves numerous antibiotics that need to be taken for a prolonged period of time, which is normally six to nine months. TB is transmitted through the air. When persons with lung TB cough, sneeze or spit, germs are spread into the air. A person only needs to inhale a few of these germs to become infected with the bacteria that can ultimately develop into TB if not treated correctly.

Epidemiology
There is about one-third of the world’s population that is currently living with dormant TB. Thus, meaning that those infected do not show any signs of the illness and cannot pass on the disease. Furthermore, those infected with TB bacteria have a continuous risk of becoming ill with TB of 10%.

Signs and Symptoms of TB
Even though a person can develop active TB the symptoms may be mild for many months. Thus, this can lead to a postponement in seeking care and the passing on of bacteria to others. Over the course of one year, up to 15 people can be infected through close contact. As a result, about up to two thirds of people infected with TB will die.

Common symptoms that are associated with TB can be a cough with sputum and blood at times, chest pains, weakness, weight loss, fever and night sweats. Many countries are identified to still rely on a well-known method named sputum smear microscopy in order to diagnose TB. With this test, which can display results in a day, sputum is analysed under a microscope to see if there is any TB bacteria present. However, it is particularly difficult to detect TB in less infectious forms as well as in children. This struggle has been corrected in many countries by making use of a two-hour test that has shown to be highly effective in diagnosing TB.

Persons at High Risk for TB
TB and Human Immunodeficiency Virus (HIV) epidemics are closely related. Antiretroviral therapy is known to help improve mortality rates in those who are infected by both TB and HIV, however, drug-resistant TB has developed into a major cause of death. Other areas that are at a high risk of developing TB include hospitals, nursing homes, jails, group homes for HIV infected patients as well as homeless shelters. Furthermore, drug users (especially IV drug abuse), diabetics, and persons with kidney disease, silicosis as well as children or the elderly who have a weakened immune system are at a high risk of developing TB.

TB Prevention
There is two main parts in the process of preventing TB. The first part of preventing TB is to stop the transmission of the disease from person to person. This can be done by first recognizing if a person has active TB and then treating them through drug management. If a person undergoes proper TB treatment, they will become less infectious causing a decrease in the probability of spreading the disease. The second part of preventing TB is the prevention of dormant TB developing into active and infectious TB. TB can be prevented or controlled with a TB vaccine, however, this only makes a small influence on TB prevention. Unfortunately, some persons can be resistant to the medication causing an increase in the prevalence of TB.

TB control programmes that are based on passive case findings and treatment of sputum-smear-positive disease by short-courses of directly observed chemotherapy (DOTS) have been effective in developed countries. Nevertheless, these strategies have been unsuccessful in achieving similar success in countries with higher burdens of HIV-1 infection.

TB and Exercise
A study conducted by Yoshida, et al 2006, proves that exercise can be effective and used as a coping mechanism in the management of TB. This improvement can be seen as a physiological effect such as a decrease in ventilation demand as well as a decrease in the level of blood lactic acid. These physiological benefits thus result in an improved aerobic metabolism of the muscles, successively lessening fatigue. Moreover, an increased motivation, a decreased fear of dyspnea as well as a decrease in the prevalence of depression can be noted due to exercise.
Of the four exercise training components (frequency, intensity, time and type) determining the exercise intensity is said to be the most challenging for persons diagnosed with TB. However, it has been reported that optimal exercise intensity for patients with TB has been undecided due to the lack of research of exercise training for them.

Furthermore, another study that’s aim was to determine whether intermittent positive pressure ventilation through a nasal mask (NIPPV) applied during exercise in patients with TB could improve arterial blood gas measurement, breathlessness and increase exercise endurance. All of the study participants matched their breathing to the ventilator cycle during most of the exercise while receiving NIPPV. It was noted that NIPPV knowingly extended their exercise endurance time. Additionally, NIPPV decreased the amount of breathlessness that each patient felt and there was also a large improvement seen in blood gas measurements. Therefore, the use of NIPPV during exercise can successfully support ventilation, drastically improve breathlessness and hence, improve exercise endurance in patients with TB. Even though NIPPV is highly beneficial for patients suffering with TB, it is not a practical method of performing exercise everyday. Some benefits of exercise are evident, however, more research is required in order to make exercise a practical method of treating TB. 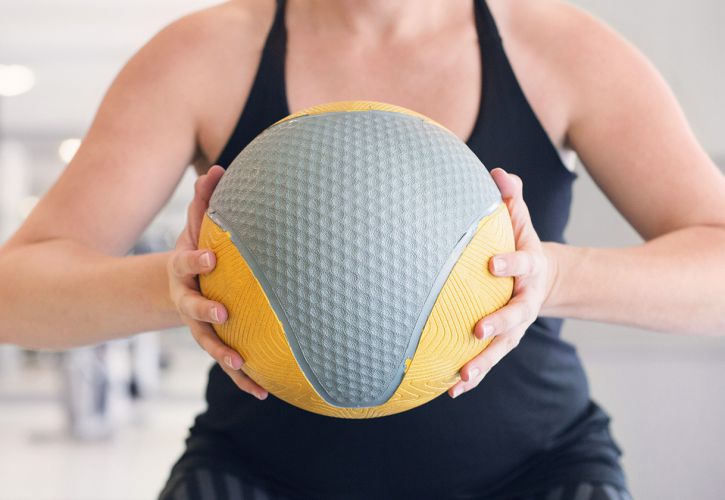 This email address is being protected from spambots. You need JavaScript enabled to view it.
Björn Magg: 061 241 785